A guide to training & accreditation for construction staff

Diesel or electric: which van is more economical?

Home Blogs How Minecraft Is Being Used To Inspire The Next Generation Of Construction... 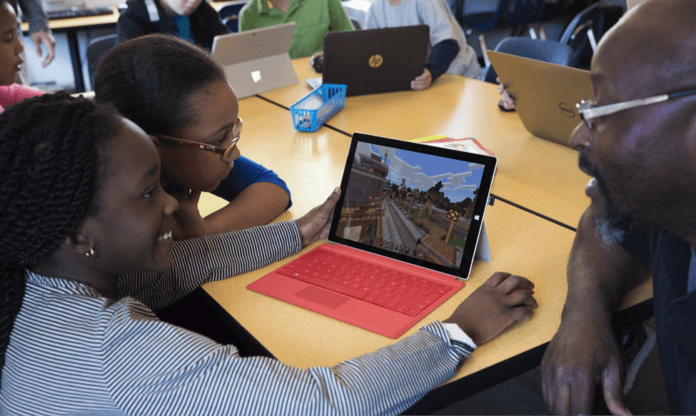 Minecraft, a phenomenon in the video games scene, is now looking to take full advantage of its capabilities and user base by entering the construction industry.

Since releasing in its developmental phase in 2008, the game’s popularity has exploded astronomically, with it now available as a full product across 13 platforms. It’s so big, in fact, that the last sales announcement revealed that over 106 million copies of Minecraft had been sold by June 2016, with Mojang – the developer set up by Notch – being purchased by Microsoft for a staggering $2.5 billion.

Following the acquisition, Microsoft also decided to buy MinecraftEdu, a game allowing teachers to use Minecraft in classrooms, and launched its own Minecraft: Education Edition in November 2016 across 50 countries. In other words, it has become a constructive tool aimed to engage school children.

How is Minecraft being used for the construction industry?

It is no secret that the UK construction industry is facing a skills crisis.

At present, 400,000 members of the UK construction workforce are expected to retire in the five year period between 2018 and 2023. Given the fact that there are not enough young workers entering the industry due to a lack of interest, it is clear to see why the industry urgently needs to look attractive to the next generation as a prospective career path.

With that, the Chartered Institute of Building (CIOB) last year looked to Minecraft for a new interactive initiative called ‘Craft Your Future’.

Craft Your Future is a game experience which introduces 12-14 year olds to the methods and skills required to eventually become a construction manager. Split into four lessons running up to six hours, players are plunged into the virtual city of Newtown where they are required to plan and build solutions to problems inspired by real life scenarios.

While the lessons were initially only available on the Minecraft Education platform, the CIOB has this week announced that Craft Your Future is now available for all versions of Minecraft. That means it’s playable across PC, Mac, PlayStation 4, Xbox One, PlayStation 3, Xbox 360, iOS, Android and Windows Phone devices, PlayStation Vita, and Linux.

Despite being the CIOB’s main Minecraft initiative, Craft Your Future is not the first time it has involved the Mojang video game in its campaigns.

In 2015, it launched its ‘House of the Future’ competition, with participating players showcasing their vision for tomorrow’s housing. Focusing on factors including original design, consideration for the environment, and something which could be made in the real world, the winner was provided with a 3D printed model of their build.

“Minecraft is a great opportunity for the industry to tap on the shoulder of the next generation and promote a career in construction,” CIOB digital projects manager Ciaran Gallagher said when launching the competition’s 2016 edition. “Unlike Lego you can have direct interaction with the player and that is something the industry should explore further.”

Now discover more details about the UK construction skills crisis, and other methods of fixing the issue