Professional indemnity from a legal stand-point

4 Ways To Be Known As A Credible Tradesman

Do you need public liability insurance as a sole trader? 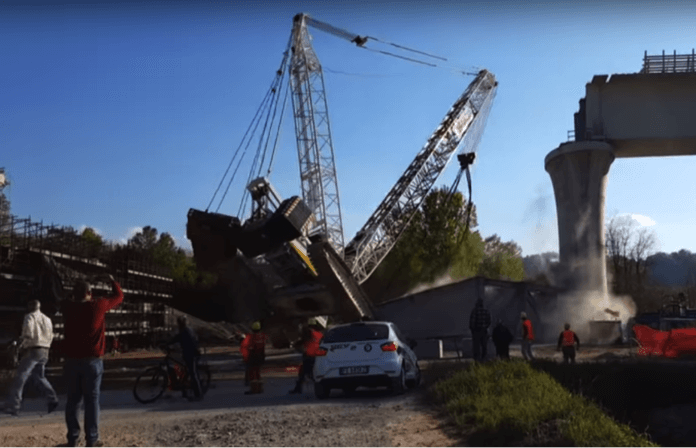 Construction workers in Italy experienced a lucky escape last week after a crane collapsed during work on a railway line, with an investigation now underway.

The crane was being used to assemble the Bevera viaduct between Arcisate and Cantello in the north of Italy, which is set to become part of a new connection from Lugano in Switzerland to Milan, the country’s most populated city.

Despite all workers managing to avoid injury, the operator of the crane was forced to jump three metres to safety from its cab after recognising the issue.

An official investigation is taking place under the watch of Rete Ferroviaria Italiana (RFI), owner of Italy’s rail network, who say the collapse will not impact the December 2017 of the railway.

Of course, this is not the first time a crane has collapsed. From the crumbling of the 567 foot ‘Big Blue’ crane in Milwaukee to the fall of a 15-story structure in Manhattan last year, crane collapses become big news almost immediately after occurring.

Check out the video of the Bevera crane collapse below.