Should I Work For Myself Or Someone Else?

Infographic: The ‘skills crisis’ & getting young people into construction

4 Marketing Ideas For Tradespeople To Get Noticed

Is There A Difference Between Self Employed and Sole Trader?

Changes in construction and manufacturing

Home Blogs Blockchain Technology. What Is It And How Could It Affect Your Business? 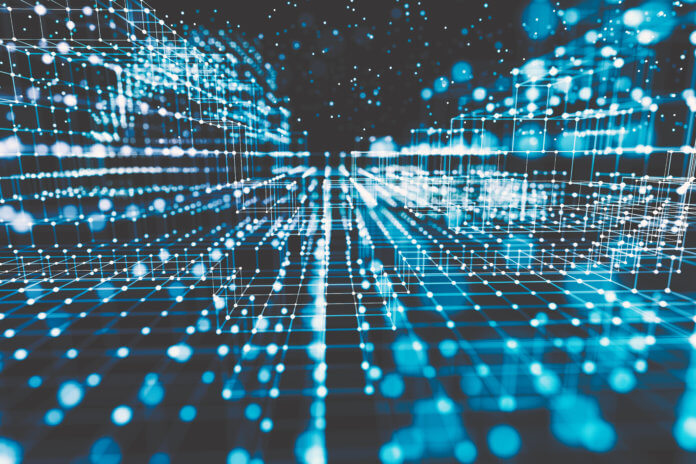 The in vogue tech term that you’ve probably noticed on twitter and business blogs a lot lately is predicted to be the game changer of business as we know it in 2017.

Whilst many people in the digital world are buzzing about Blockchain, some industries are worried and preparing for major disruption.

Blockchain is a method of recording data. A digital database (known as a ledger) to store transactions, agreements, contracts; basically, anything that needs to be independently and manually recorded and verified.

Blockchain ledgers are only accessible by those with permissions to access them. The ledgers are encrypted and once information has been added to the ledger, it is saved and cannot be edited, therefore preventing fraud and human error.

The ledger can be distributed across networks around the world making it, if you wish, accessible on thousands of computers.

The ‘Techy’ Part of How Blockchain Works

Digital records are grouped together into “blocks” then connected together cryptographically and chronologically into a “chain” via complex mathematical algorithms.

Once the ledger is updated, it cannot be edited, only added to, and it is updated for everyone in the network at the same time, therefor preventing errors.

What Are The Benefits Of Blockchain?

Using Blockchain means it’s much harder for hackers to gain access to it and it would require them to have access to every copy of the database at the same time.

It also keeps data secure and private as the ledgers cannot be tampered with and the hash cannot be converted back into the original data once inputted. Any changes made to the original document notifies the whole network of the mismatch and creates a different digital signature.

Using blockchain can significantly prevent human error and fraud from occurring as well as reducing the time related to manually inputing multiple forms of data.

Blockchain also eliminates the ‘middle-man’, meaning transactions and updates to documents can be done much faster and more efficiently. The technology is currently being tested by banks to help speed up transactions for customers as well as save money on their current technology methods , which now seem quite archaic.

“If banks started sharing data using a tailor-made version of blockchain it could remove the need for middlemen, a lot of manual processing, and speed up transactions, thereby reducing costs.”

How Will Blockchain Affect Businesses?

The traditional business model as we know it is under attack…

In an era of disruption, it’s absolutely crucial that business owners are constantly redefining business models as a whole. The financial industry is old fashioned in terms of technology, with some of the worlds’ biggest banks still using methods from the 1960’s and 70’s (I know, seriously).

Considering mobile and online banking as an example, most banks wait until technology reaches a certain level of maturity before risking any investments into it. This simply triggers modern Fintech (financial technology) companies, who understand how to utilise technology, to make financial services more efficient and therefore disrupt the financial services industry.

Speeding up transactions and removing the ‘middle-man’ cuts out the fee earned by the third party business, (brokers, banks etc) and eliminates the associated costs for the customer.

Industries that are most likely to be affected by Blockchain are financial, government, healthcare and property. These sectors can either adopt this new method of business or be prepared for disruption.

When it comes to SME’s, tackling Blockchain within your business can seem like an intimidating mind-boggling process. As the technology is in the early stages, the likelihood of SME owners delving deep in to controlling their own Blockchain methods are slim. But there may be a solution on the horizon that can help businesses benefit from Blockchain in the very near future…

7 of Europe’s biggest banks are currently teaming up to develop a shared cross-border trade finance platform for SME’s that harnesses the power of distributed ledger technology.

The project aims to simplify trade finance processes for SMEs by acknowledging the challenges associated with managing, tracking and securing domestic and international trade transactions by connecting all of the parties involved (i.e. buyer, buyer’s bank, seller, seller’s bank and transporter), online and via mobile devices.

Whereas large companies tend to use documentary credit to reduce risks, this is not always suitable for SMEs.

The banks plan is for DTC to maintain secure records on a digital distributed ledger to improve business efficiency by accelerating the order-to-settlement process and eliminating a significant amount of administrative paperwork.

While not every business needs to focus on such forward thinking tech, those who are appealing to young, privacy-aware, early adopters, should be learning about Blockchain now.