An electricians’ guide to insurance

Steps To Consider When Setting Up As A Lone Tradesman

Why use an insurance broker?

Why Every Small Business Needs A Social Media Presence 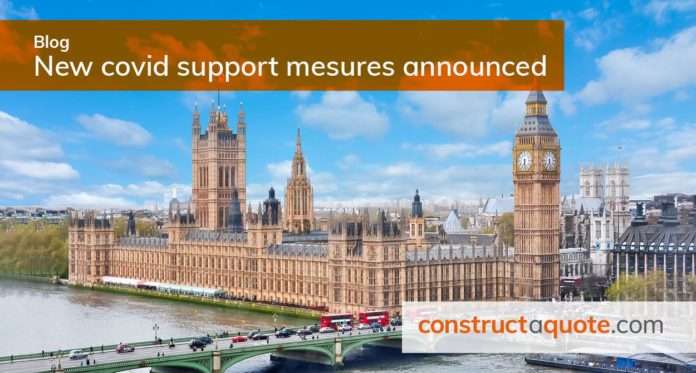 There has been much anticipation as to how the government plans to support businesses and furloughed workers when the job retention scheme ends. 721,000 construction workers were in furlough during the peak of the scheme, with claims adding up to £3.2bn by the end of July.

With tighter restrictions once again back in place, there seems no end to the uncertainty that self-employed and small business owners face. However, today the Chancellor Rishi Sunak has announced a new package of measures to support businesses throughout the winter.

The Job Support Scheme will support the wages of people in work, giving businesses who face a quieter winter season the option of keeping employees in work, but on shorter hours. The government, together with employers, will increase employee’s wages covering two thirds of the pay they have lost by reducing their working hours.

Running November to April, all small and medium sized businesses are eligible to apply, even if they have not previously used the furlough scheme. Businesses retaining furloughed staff on shorter hours can claim both the Jobs Support Scheme and the Jobs Retention Bonus, increasing the incentive to bring back workers.

Figures show that the 693,000 claims worth over £2 billion were made in the construction industry from the Self-Employment Income Support grants. This will now be extended on similar terms and conditions as the new Jobs Support Scheme.

Self-assessed income tax payers will also be able to extend their outstanding tax bill over 12 months from January.

However, as yet there has been no mention of whether those excluded from the original measures will be taken into account.

The Bounce Back Loans scheme has paid out £38 billion to over a million small businesses. Pay As You Grow means that loans can be extended from six to ten years, nearly halving the average monthly repayment.

If businesses are struggling they also have the option to either make interest only payments or suspend repayments altogether for up to six months.

Applications for the government backed loans have also been extended to the end of the year and there is word of a successor loan programme which is set to begin in January.

Nearly half a million businesses deferred more than £30 billion of VAT this year. The VAT Deferral Scheme will allow businesses to spread their VAT bill over 11 monthly repayments, with no interest to pay.

In addition to this, more than 150,000 businesses in the hospitality and tourism sector will avoid planned VAT increases, as the lower 5% VAT rate is continued until March 31st 2021.

With new restrictions once again placing pressure on small businesses, these latest round of support measures aims to ensure millions of businesses and workers can remain active and in employment during the harsher winter trading period.

At constructaquote.com we have 30 years’ experience in helping customers get their insurance sorted. For a great service and a competitive quote, speak to our team today on 08081 68 68 68 or start the online quote process now.