5 things to consider when setting up your own business

7 top tips on how consultants can get more referrals

A guide to self assessment tax returns 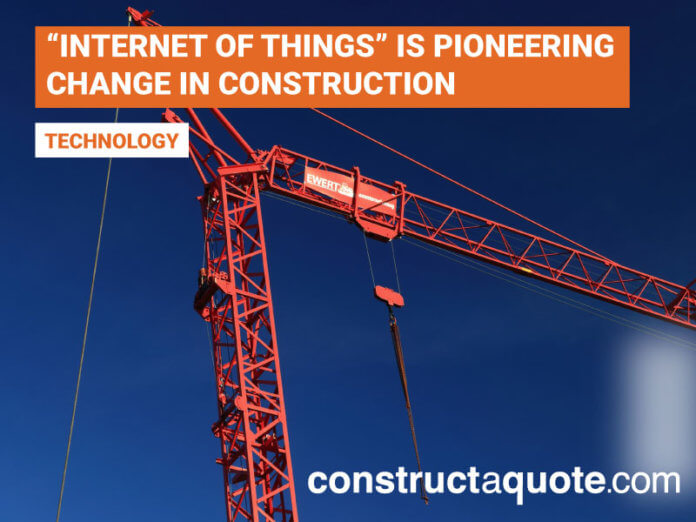 Don’t worry, its name isn’t anything complicated, it just stands for “Internet of Things” (IoT).

To summarise, its technology that can be networked to talk to each other and provide relevant information. Imagine that your alarm clock, boiler and coffee machine were all networked. The boiler and coffee machine can be programmed to turn on shortly before your alarm clock allowing 3 devices to be connected to one platform making you time efficient.

This can be used for data specific uses as well, each device on the network would be a smart device, able to log data and then transmit it to other devices. An example would be a traffic camera transmitting to the city transport about an accident on the motorway, with this they can find out other areas the accident will affect then transmit to alert signs on the motorway, local GPS systems and traffic reports on the issue.

This is the thinking behind IoT, connecting multiple technologies together in a convenient fashion. From time management, to support systems and even data analysis, it’s easy to see how this technology can help.

Where did it come from?

This idea stems back to the 1920s when the radio (then called wireless) took off, Nikola Tesla imagined the idea of a world connected together like a brain of wireless systems. He wasn’t alone with this idea, Alan Turing in 1950 imagined systems thinking for themselves and sharing the information with other systems. All of this was theory work by the two innovators.

Then in 1982, we see the Carnegie-Mellon Computer Science Department put these ideas to use by installing micro-switches to a Coke machine so they could monitor temperature and stock levels in the machine, which would then communicate them back to the computer.

In the late 90’s we saw a boom in the use of the internet, enabling ways of networking devices like wearable tech to identify who we are to systems and wearable cameras. Even LG decided in 2000 to create the Internet Digital DIOS, which despite the name, was actually the world’s first internet fridge. This device connected to the internet for video messaging, played live TV, schedule your events, played MP3’s and told you the freshness of food and suggest recipes. It was a massive flop due to its cost, but the idea kept on inspiring as internet fridges have become common and cheaper.

With the growth of the internet thanks to broadband in the mid-2000s, and the introduction of Web 2.0, the idea of the Internet of Things slowed down due to this new infrastructure taking priority due to its popularity. We still needed devices to get smarter first, which with the introduction of the iPad and iPhone, we entered into the tablet era. This grew the power and abilities of small technology enough that in the summer of 2010 the Internet of Things appeared again due to Google introducing new IoT methods and technology.

How has this changed construction?

With the examples shown so far, it can be baffling to think about IoT on construction sites, but with this technology, we can achieve high-quality development on construction sites with reduced issues. Geological surprises cause issues with projects such as delays and budget woes. You can dramatically increase the quality and speed of this process with these new techniques, as IoT can offer a system with advanced survey devices that’ll communicate with each other and produce geographic information, along with images, distance measurements, and GPS positions which get laid over each other.

Building Information Modelling (BIM) can be utilised in conjunction with IoT services. BIM is the process of designing a building in collaboration with others in one system. Starting with the mapping on the construction site, this will be sent to the BIM system through the cloud so the architects and designers can use the information to create a layout. Then, the blueprints can be put onto the cloud for the construction team to use on site with their smart devices.

Instead of construction sites relying on paper for blueprints, designs, orders, logs and reports. With access to smart devices and the IoT network, all this information can be used on sight while staying secure.

This data analysis is helpful on worksite materials as well, with the use of Radio Frequency Identification (RFID) tags. RFID utilises wavelengths, it’s similar to barcodes but instead of a scanner, a reader and antenna can sense recognise the wavelengths and identify the item. With the cost of RFID getting cheaper all the time, but with IoT becoming a standard, the number of possible applications has grown. By using RFID the system can log how much of a specific material is being used. The system can order more by itself or alert a manager of the shortage of materials.

Equipment on the IoT network can alert users about performance, repairs needed, energy efficiency, and any critical performance issues. Such as large machines running low on oil, internal mechanisms that need replacing, how much energy each device has used compared to its last use, or if one employee is using more fuel than another on the same job. With the inclusion of Global Positioning System (GPS) tracking on devices, the IoT can prevent theft and misuse of equipment, as the network will track all these aspects and can alert a manager to this. This allows the company to review the health of each of these connected machines.

A network messaging system can be beneficial to construction sites, as these sites are often massive and noisy places there is more than one way to apply IoT. By utilising this network, employees can communicate messages safely to other members of the crew. If there was an emergency that took place on site, the construction foreman or any contractor would now have access to the amount of staff on site and communicate to them about the issue, possible evacuation notice which can assist any emergency team coming to help.

As purchase orders can be performed through the system, you can gain access to cost analytics of each day of construction, you can also project whether a production will go over budget, understand what these costs are for, maintain receipts in the cloud for accounting to access, and easily contact members of staff that authorised purchases.

Staff will also be able to use a system like this to log when they have started work and when they have finished utilising the GPS on the devices, allowing a correct way to view their time management. This kind of system can also connect them to HR, an internal emailing system, a contacts list for all employees, for any of their work needs.

With this kind of network running at the heart of an operation, you are able to show across the company accurate evidence on what is working, what you need to improve on and how to do so without the need of guessing. These precise predictions can be used on other projects the company will be working on.