The future of house building

What Is Contractors All Risk Insurance? Why Do I Need It?

How to become a florist 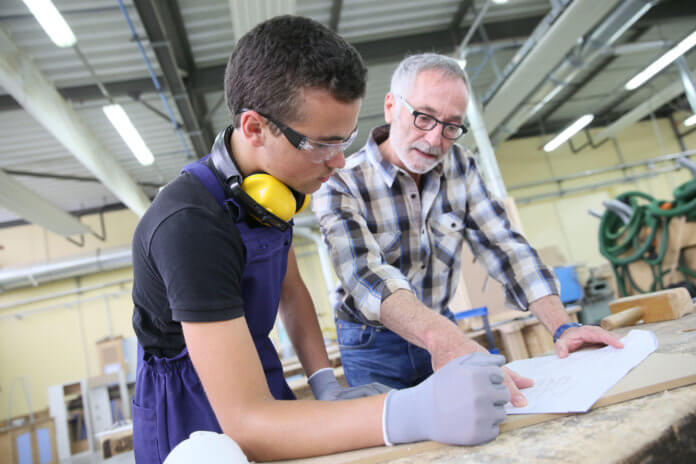 2017 is set to be a big year for the UK economy, especially within the construction industry. With 2016’s uncertainty over Brexit finally subsiding, the UK’s current infrastructure investment pipeline is set to reach a massive £500 billion for 2017.

However, one of the biggest concerns for the construction industry this year is the lack of skilled workers available. There is a significant shortage of construction workers, with 250,000 jobs that need to be filled by 2020.

In order for the ambitious plans to take place, the government and the construction industry need to encourage more people, young and old, to enter the industry. An apprenticeship is a vital route into the sector and can help get people trained up, in jobs, and contributing to the growing UK economy. There are around 1million 16-24 year olds out of work in the UK that would benefit from an apprenticeship.

Whilst apprenticeships are mainly aimed at school leavers, currently, only 42 of the 3,401 UK state schools offer DEC (design, construction, engineering) as part of the standard curriculum and DEC qualifications still remain to be largely insignificant in universities.

There are a few ways people can get into an apprenticeship through a number of schemes in the UK. The Construction Apprenticeship Scheme is well regarded by the industry and known for providing a high standard of protection to apprenticeship programmes, ensuring the quality of apprentices is maintained, as well as helping with financial support through the Grant Scheme.

CAS is owned by the construction industry and administered by CITB, the Construction Industry Training Board.

Changes To The Apprenticeship Scheme In 2017

As of April 6TH 2017, the government is introducing an Apprenticeship Levy.  The levy will have practically no impact on SME’s, but larger employers with a pay bill of £3 million or more each year will be required to pay into the Apprenticeship Levy. Essentially though, all this really means is that company owners will be paying into their own staff training budget.

The reason behind the new levy is to encourage more companies to contribute into apprenticeship programs. The levy is also expected to help improve the quality and quantity of apprenticeships. Bigger companies will pay for apprenticeship programmes for either new or existing members of staff using the credit that they accrue from their levy payments. Any funds that payers don’t use within 24 months will expire.

If you are going to be a levy payer, consider this:

If you are not required to pay the levy, you don’t need to use the Digital Apprenticeship Service to pay for your apprenticeship training, yet.

Changes To Apprenticeship Funding in 2017

Funding for apprenticeships is also changing and the responsibility is now on the employer to ensure the quality of the training that their staff receives and the costs associated. Apprenticeship training organisations no longer have funding to offer out to employers and when it comes to levy payers, it is quite the opposite.

The reformed government contributions will mean different things for both levy payers and non-levy payers:

You can also check out this article , UK Skills Crisis: Getting More People Into Construction.