The real risks of underinsurance

5 ways to avoid being a victim of identity fraud

7 ways to bootstrap your startup launch

Thought leadership: what is it and when should you use it in your business? 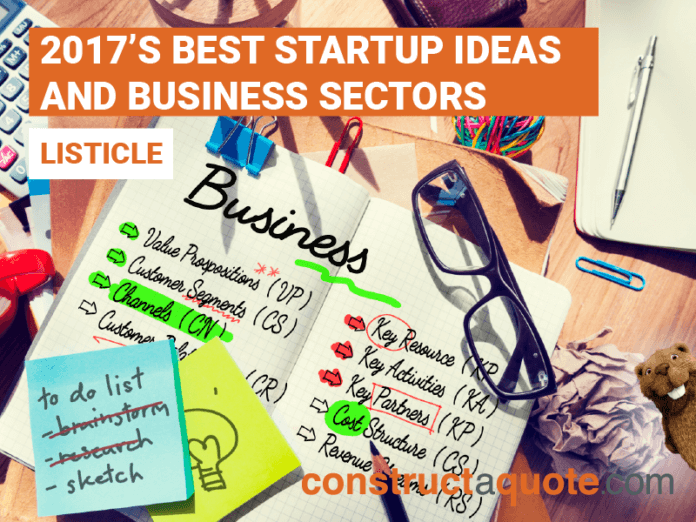 If you’re a budding entrepreneur you’ll know that the best way to make it big in business is to jump on the bandwagon. That’s why when one business makes it big in a particular sector there are always a couple of competitors waiting in the wings. They emulate the product, give consumers a choice and steal some of the success. Remember the influx of PPI agents of 2011? So do we.

If you’re looking to take your next step into business, here are some of the sectors you should be thinking about investing or getting involved in:

An impending sugar tax (April 2018) means Brits will be looking to cut down on the sweet stuff. 32% of them say they’ll seek sugar-free alternatives once the prices go up. Best get into the mixing lab.

Has anyone stopped talking about Brexit since last June? Is anyone likely to stop talking about it in the foreseeable future? Brexit is a worrying time for businesses who deal internationally. There’ll be major changes to legislation that British based businesses will need to adapt to. Anyone who can help them do this with minimal fuss is not going to be short of prospective clients.

Remember when you used to watch people participate in virtual reality in the movies? Now virtual reality is an actual real life reality! Experts are saying that in the future we’ll be able to go grocery shopping from home using virtual reality headsets. It’s the next step in technology, and now is the time to jump in.

An ageing population and the seemingly sudden realisation that elderly people deserve high quality care has lead to a demand for health and social care services. Of the 20 occupations set to have the highest increase in employment by 2024, over half of them are in health industry.

How many times have you wished you could go back to that soft play area you visited when you were a kid? Or play with that toy you had long ago? Why do you think there’s been a massive increase in the number of trampoline parks popping up all over the place? And everyone still loves Disney, right? Nostalgia is big business. Take something people used to love to do when they were kids, rebrand it so they can do it as an adult and they’ll come and buy it off you. Apparently it’s called ‘Kidulthood’.

Late last year it was announced that sales of vegan products had increased by 1,500% in twelve months. Half a million people in the UK now follow a vegan lifestyle, an increase of 260% in the last ten years. This year market leaders like Pizza Hut, Ben & Jerry’s and Sainsbury’s have all jumped on the vegan bandwagon and launched plant-based products. Maybe it’s time you thought about it, too.

We’re heading towards roads full of cars powered by electricity instead of fuel. This presents a great opportunity to start giving electric car drivers something they are going to need – electric car charging stations. Startup research says this is definitely one to keep an eye on.

The number of eateries serving Japanese food in the UK increased by 67% between 2010 and 2015, but apparently 2017 was the year of Sri Lankan cuisine. Street food is also on the rise. A third of UK start-ups over the next two years are expected to be pop-ups and over a quarter of these will be selling food. We can see why, it’s convenient, movable and fun. Why not tie these two trends together and become a Japanese or Sri Lankan street food vendor?

You can subscribe to have practically anything delivered to your door these days. Food, coffee, PMS kits, nerdy items for geeky people, vitamins, dog treats, make-up, books… You name it, you can subscribe to receive it. Apparently the concept is not new; companies were doing this fifty years ago, but it seems to have exploded now, and market leaders like Starbucks are getting involved. If you can find something that nobody else is sending out to people every month, this is a great start-up opportunity. Buy the products, mark them up in cost and post them out.

Are you an entrepreneur or small business owner? If so, it’s important to make sure your business and reputation is protected in the event of a third party claim.