What is professional indemnity insurance? | made easy

UK Could Lose Up To 200,000 Construction Workers In Single Market Exit

How can modified vans be dangerous?

4 tips and tricks to help improve your business twitter profile

5 Traits Needed To Be A Successful Home Worker

Home Blogs Construction: What Are The Most Common Injuries? 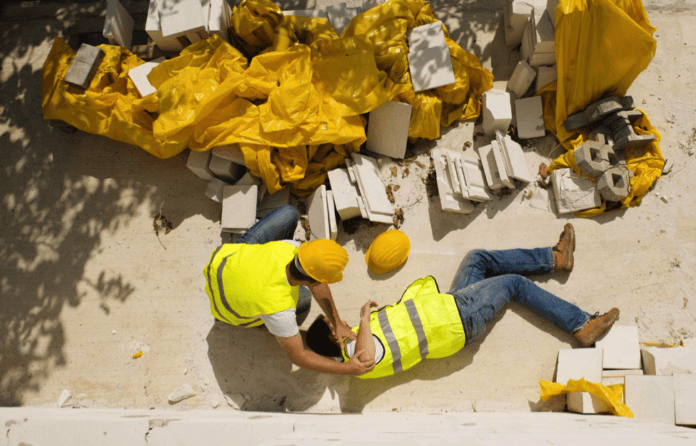 Injuries occur in almost every line of work but, for tradespeople and construction workers, the risk is particularly higher.

According to the Health and Safety Executive (HSE), the national independent watchdog for work-related health, safety and illness, around 66,000 people in construction report non-fatal workplace injuries every year.

That may come across as a large number initially, but when considering that there are more than 2.1 million workers employed in construction, just 3% of that figure are reporting injuries on average each year.

What are the most common accidents in construction?

Of those 66,000 non-fatal workplace injuries, 23% of workers noted slips and trips – making them the most common cause. This can be the result of wet surfaces, unsuitable footwear, obstructions in walkways and uneven surfaces.

Lifting and handling comes in at a close second to slips and trips, with 22% reporting injuries. Backing that up, construction is also one of the industries HSE notes to have significantly higher rates of Work Related Musculoskeletal Disorder, which can be a result of lifting and handling.

Falls from a height are the third most common cause for injury while working in construction, with broken bones and fractured skulls a known result of some incidents. Meanwhile, 11% reported to have been struck by an object, including heavy equipment and vehicles, falling tools, and walls under construction.

As a result of these injuries, HSE says that a whopping 400,000 working days are lost in the construction sector.

How many fatalities are there in construction?

Not everyone working in construction is fortunate enough to escape with just injury, unfortunately. The latest results from Reporting of Injuries, Diseases and Dangerous Occurrences (RIDDOR) shows that 217 people suffered fatal injuries during the five-year period from 2010/11 to 2014/15.

Despite being the third most common cause for non-fatal injuries, falling from a height was the biggest culprit in construction fatalities – with 97 cases making up 44% of the overall figure.

While significantly lower than falls from heights, becoming trapped by a collapsing object is the second biggest cause of death at 12%, with being struck by an object and struck by a moving vehicle (just under 10% each) following closely.

Contact with electricity is also highlighted, taking up 7% of the overall fatality rate, while all other causes bunched into a separate category at 15.6%.

How can these incidents be prevented?

Accidents can happen in even the best prepared environments, but HSE has suggestions in place to help prevent these incidents.

When it comes to slips and falls, work areas should be clearly designated, well conditioned, signposted and adequately lighted. Meanwhile, falls from roofs can be prevented through a secure double guardrail and toeboard around the edge on flat roofs and scaffolding on those which slope.

It’s all common sense when stripped down to basics, don’t you think?

Do you work in construction? Checkout our article on How To Prevent A Serious Construction Injury And Satisfy The Law here.