Are your eco-habits risking data protection?

A guide to GDPR: What is it and how will it affect your business?

Guide: How To Hire Your First Employee 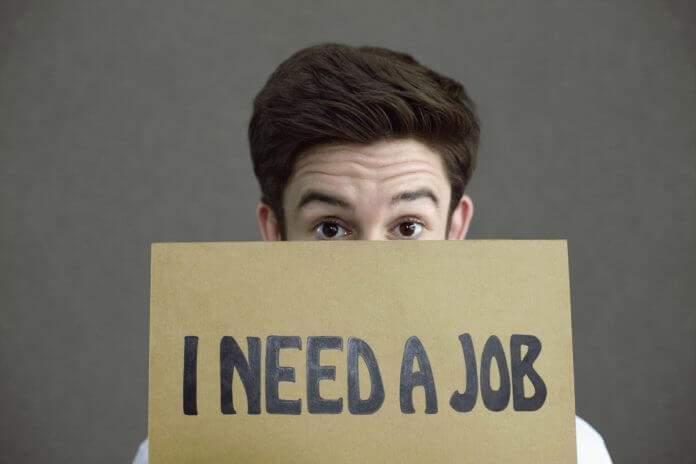 Although the latest official UK employment figures have been gradually falling over the last year, according to a new study even a full economic recovery will fail to eradicate the UK’s “structural youth unemployment”.

The report from the think tank IPPR argues that youth unemployment is lower in countries where the vocational route into employment through formal education and training is as clear as the academic route.

The report goes on to advocate that the quality of vocational education and training is crucial, because it can raise the status of the vocational route in the eyes of employers and young people.

It also argues that a high degree of employer involvement in the vocational education and training system results in lower youth unemployment.

The report doesn’t set out to mar those who are unemployed as it does highlight the dramatic fall in unemployment figures over the last year with 141,000 fewer young people unemployed. The youth unemployment rate has fallen from 20.9% to 17.8% over the past year.

Around 700,000 workless young people have never had a job and almost one million are classified as not in education, employment or training.

Even if full-time students are excluded, someone aged 16 to 24 were over three and a half times more likely to be unemployed in 2007 than a person aged 25 and over. That ratio has remained fairly consistent even up to the beginning of 2014.

The report stresses that careers education and guidance play a crucial role in supporting a transition from education to work in parts of the EU that have lower rates of youth unemployment, but argues that this has been badly neglected in Britain.

constructaquote.com  are inclined to agree with what IPPR recommend in their report:

• Every secondary school should be required to appoint a full-time Careers Officer responsible for careers education and guidance and for liaison with local employers.

• Careers guidance – and some careers education- should be proved by specialist advisors, not teachers.

• Career advisers should be responsible for getting local employers more involved in schools and for providing students with up-to-date information on education and training options and on opportunities in the local labour market.

We also believe that this will pave a clearer pathway for youths into the workplace by empowering them with the appropriate skills and information to tackle a working environment.

IPPR also point out that there is a mismatch between the jobs that are available and the courses young people are studying. For example, 94,000 people were trained in hair and beauty with only 18,000 jobs available. This is juxtaposed within the construction sector with only 123,000 who were trained with 275,000 jobs available. The report recommends reforms to apprenticeships including:

• Apprenticeships should spend at least 30% of their time doing off-the-job training. Spot checks should be carried out and employers found not to be adhering to this rule should have to pay back any government funding they received.

Chief economist for IPPR, Tony Dolphin, said: “While the last six or seven years have been particularly tough for the latest generation of young people, even before the financial crisis of many of those entering the labour market for the first time were struggling to compete with older workers for jobs.

“Although there has been a sharp fall in the number of unemployed young over the last year, it is unlikely that even a full-blown economic recovery will fully solve the UK’s structural youth unemployment problem.

“We can learn lots from countries like Germany and the Netherlands. The experience of young people across Europe shows a strong workplace-based vocational education and training system, with high employer involvement, contributes more to a smoother transition from education to work and low rate of youth unemployment than anything else.

“The UK system is some way from the best in Europe.”

Do you think that implementing the above recommendation would quash possible future skill shortages? Let us know in the comments section below.