Top 5 Ways to Minimise Risk in Your Business

Shutting down your construction site at Christmas 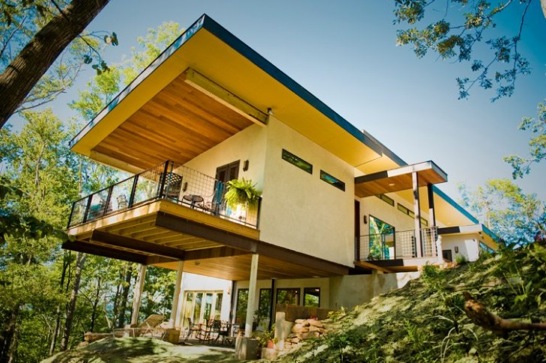 A method that is currently being implemented and embraced across the globe includes a bio-composite material made of the inner woody core (shiv) of the hemp plant mixed with a lime-based binder. Its street name is “Hempcrete” and it’s used as an eco-alternative to concrete.

It is fairly evident that the British government doesn’t seem to grasp the concept of going green. In 2010, then Prime Minister David Cameron made promises that his would be the “greenest government ever”, but has since contradicted himself with his support of fracking; the method of pumping water and toxic chemicals in to the ground at high pressure in order to extract gasses such as methane.

It could be suggested that the failure to comprehend the necessity and importance of eco-living has encouraged the construction industry to take matters into their own hands when it comes to greener methods and materials to cut down on CO2- some of which may be considered controversial.

The hemp plant is a substance that’s stereotypically associated with illegal recreational use, but the construction force has found a way to put it to a better use. Since hemp grows to ripeness in around 14 weeks, it is durable and versatile in addition to being cheap and sustainable. It requires no fertiliser, weed killer, pesticides in order to grow.

The Hempcrete is created by combining water, hemp aggregate and a lime-based binder. The hemp core has a high silica content which allows it to uniquely bond with the lime. The mixture has the following main advantages:

Unlike concrete, the hemp offers a material that stems from natural fibre that will result in a lightweight cement-like insulating material weighing about an eighth of its concrete counterpart making it able to float on water. It also provides the capabilities to regulate air temperature and humidity and it can prevent damp and mould attacks making a home a healthy and energy efficient environment.

Traditional installation requires continuous energy involvement and with the energy giants not showing any signs of reduced energy bills, this can become costly. Hempcrete buildings provide extraordinary power conservation capabilities as less energy is required for heating and cooling purposes. During the hemp’s life-cycle it will have absorbed large amounts of carbon and releasing oxygen during photosynthesis. This means that there are less pollutions and CO2 emissions being released into the atmosphere.

Whilst Hempcrete appears to be more versatile and pliable than concrete, it is not used as a structural element in the same context as its concrete counterpart. Its main function is to act as infill between frame and members. Having said this it still uses a fraction of the manufactured energy compared with cement.

However, Hempcrete can be considered a superior building material due to the fact that it’s very strong, lightweight and a breathable material. This is true for internal and external use as it absorbs water without rotting or moulding.

Hemp to be mainstreamed

Although the availability of Hempcrete seems to be rising in the UK, it’s still a relatively niche concept. Very few production companies have been getting involved including little involvement from suppliers. There also seems to be no government input in order to generate a positive outlook on an otherwise negative view of the hemp plant.

With all the apparent environmental benefits, should the government be looking to implement Hempcrete? Have your say in the comments section below.