5 social media blogs you should read

5 Steps To Consider When Setting Up As A Tradesman

Why use an insurance broker? 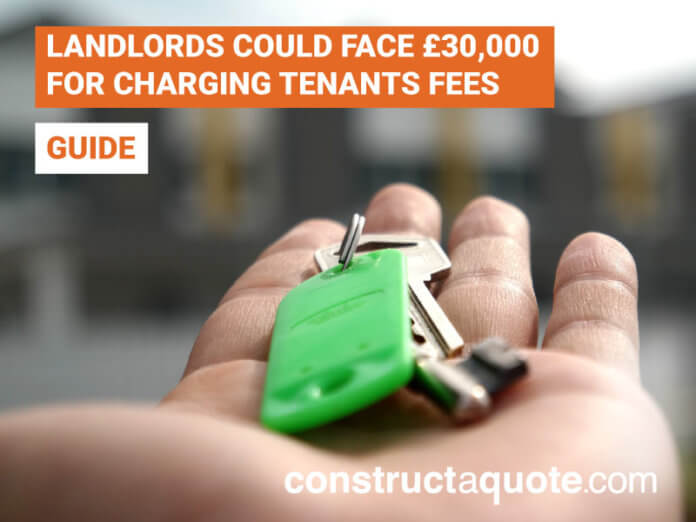 According to a new Government proposal on November 1st 2017, Landlords and letting agents could face huge fines of up to £30,000 for charging tenants fees on top of their rent.

Rumours of the ban first surfaced during 2016, but it seems that the Government is now putting a stop to tenants fees in a bid to save tenants an average of £327 when they take on a new rental agreement.

When a Tenant moves into a new property, they are usually charged hundreds of pounds in fees just to move in, as well as paying rent and a deposit. Landlords and agents claim the payment is for referencing and drafting an inventory for the property.

However, the new proposal will see landlords, letting agents and third parties banned from charging tenants anything additional to their rent and deposit.

Security deposits, holding deposits and any tenant default charges will still be allowed to be charged, but must be paid into the Tenancy Deposit Scheme. However, it’s not all bad news and a positive change has been welcomed by Landlords which sees the cap on deposits being set at six weeks instead of four, as previously suggested.

Landlords and letting agents that decide not to comply with the new rules could receive a Trading Standards fine of £5,000. Those who breach the new rule again within five years of the initial fine will be fined a further £30,000 or face prosecution.

David Smith, Director of The Residential Landlords Association has expressed his concerns over the new changes claiming that letting agents may increase the fee they charge to Landlords, which could mean Landlords passing the cost onto the tenant by charging higher rent…

“It will depend on whether the agents try to push the fees onto the landlords,” he said. “Good agents actually add value for tenants but obviously they are still the landlord’s agent. Many agents for a long time have not focused on value for money.”

He also added that there are many Landlords that require six months rent upfront, especially for foreign students, and that the regulations don’t take those payments into account.

Whilst there is a risk that letting agents might pass the cost onto Landlords to make up for the loss of tenant fees, they also run the risk of Landlords opting to manage their properties privately without the need of a letting agency.

The documents also propose changing the rules regarding letting agent transparency which would require all letting agents to post details of their regulatory oversight and fee structure on property websites like Rightmove or Zoopla. Currently, letting agents are not regulated and this too would be changed moving forward under the new proposed rules.

Nothing is finalised yet and before any changes are made a draft bill will be published for by MPs to discuss. The document currently states: “The Department for Communities and Local Government will work with the sector to shape the wider regulatory framework and provide more detail on this in due course.”

Are you a Landlord? Do you have the right insurance for your property? Find out more about our Landlord Insurance policy with which comes with £2 million property owners liability cover as standard, here.