What Insurance Do You Need As A Bricklayer

How to become a sole trader 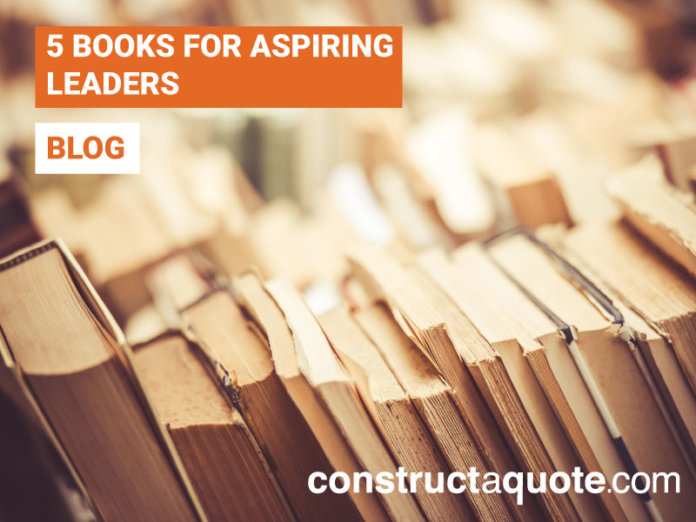 There are many things that successful people have in common. One of them is that they read. Bill Gates, Elon Musk and Oprah Winfrey all devote a decent portion of their time each day to putting their head in a book. If you’re an aspiring leader then you should be doing the same. Dedicating some time to reading is an effective way to make sure that you’re learning each day, and that’s another thing that aspiring leaders have in common; they love to learn new things.

To help you, we’ve compiled a list of the best books to read if you’re an aspiring leader…

Much more than a tale about a shepherd, Paulo Coelho’s The Alchemist is a must-read for anyone setting off on a new life journey. The Alchemist is regularly featured on ‘books to read before you die’ type lists and for a good reason. “It’s the possibility of having a dream come true that makes life interesting”, and other such quotes are sure to inspire aspiring leaders. The Alchemist is a tale of adventure, destiny, and resilience. It contains important life lessons about following your dreams and encourages leaders not to be afraid and never to give in.

Mr. Campbell was Tony Blair’s chief spokesman during his hugely successful 90s campaign for Labour. He is no stranger to success, having been instrumental in pulling together the strategy that led the Labour party to a landslide victory. Who better to tell you how to be successful than those who have achieved great success themselves? In this book, Alastair interviews and analyses a variety of successful leaders to reveal the traits and practices they all possess that have probably contributed to their incredible professional reputations. Want to know what Barack Obama, Anna Wintour and Nelson Mandela have in common? Then this is the book for you.

This is a timeless guide to proactivity and achieving your true potential. This book will walk you through the 7 most common habits of highly effective people and give you examples of how you can employ these in your own life. It comes in audiobook format as well as paperback, plus there’s a workbook you can buy that will help you on your path to success and leadership.

Looking to leave a legacy? Tribes is the book for you. It works on the principle that a tribe is a group of people who are connected to one another, to a leader and to an idea. This book walks the aspiring leader through a series of valuable lessons, including how to flip criticism on its head and how you should deal with taking the credit. Seth Godin writes about leadership a lot. You can find his blogs and articles all over the internet if you’re looking for a taster of his writing.

This book was written in 1936 but is a timeless classic, is still loved today and has sold 15 million copies worldwide. You’ll learn how to get people to like you and how to change people without them resenting you, as well as techniques on how to deal with troubling scenarios. Carnegie says that the secret to success “lies in the ability to get the other person’s point of view and see things from that person’s angle as well as from your own.”