How Is BIM Affecting The Construction Industry?

An electricians’ guide to insurance

Steps To Consider When Setting Up As A Lone Tradesman

Home Blogs The Top 10 Biggest Construction Achievements In The World 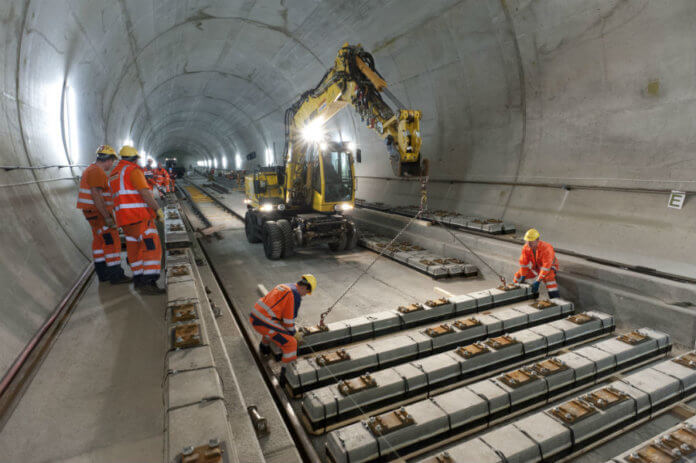 2017 is set to be a big year for the construction industry. With the UK government infrastructure investment pipeline set to reach a massive £500 billion  and a Trump presidency promising massive construction plans in the US, 2017 will be an interesting year for the whole industry.

Every day, construction workers around the world are working on exciting new projects and in the last century alone, the world has seen many super-structures with impressive architecture, engineering and craftsmanship.

The Burj Khalifa is a mega-tall skyscraper in Dubai and is currently the tallest structure in the world, standing at 829.8 m, making it three times taller than the Eiffel Tower. Designed by Skidmore, Owings and Merrill of Chicago,

The building was previously named The Burj Dubai, but due to economic struggles, the country had to turn to Abu Dhabi for help funding the completion. After lending their neighbour £15.5 Billion, it was agreed that Dubai would name the structure Burj Khalifa in honour of Sheikh Khalifa Bin Zayed Bin Sultan al-Nahyan, President of the United Arab Emirates.

The structure took 6 years to build and at the peak of construction there were 12,000 workers on the building per day and in total there were 3 deaths.

The Akashi-Kaikyo Bridge, connects the city of Kobe and Awaji Island in Hyogo Prefecture. It is the world’s longest suspension bridge, with its central span measuring 1,991m, made up of six lanes with a combined length of 3,911m. The Bridge was designed to resist both strong wind, 80m/sec, and earthquakes which are normal occurrences around the Pacific Ocean. Huge foundations had to be constructed in the deep sea of 60m and under the fast tidal current of 4.5m/sec. The structure also has to support the vertical force of 120,000t.

The structure cost £3 Billion and took 10 years to build.

In 2016, after 17 years of development, the Gotthard Base Tunnel opened. Situated in the Swiss Alps, the tunnel is the longest and deepest of its kind at 35miles long and provides fast speed rail services to increase local transport capacity through the Alpine barrier.

To cut construction time in half, four access tunnels were built so that construction could start at four different sites simultaneously, with a fifth tunnel added later. 9 lives were lost during the construction of the tunnel and the project cost £8.3 billion.

The Palm Jumeirah is an artificial archipelago in Dubai, created using land reclamation designed and developed by Helman Hurley Charvat Peacock/Architects, Inc. The Crescent of Palm Jumeirah stands a little more than 13 feet above low tide sea level and sits in 34 feet of water at its deepest point. Although five workers were swept away­ by a wave and one drowned, the designers at Nakheel believe the palm island is safe and protected from average gulf weather and storms. The  palm is home to 120,000 residents and includes some of the worlds largest super-hotels. The cost of the palm construction was around £10 billion.

5. The Great Wall Of China, China
The Great Wall of China is 8,850 kilometers long (5,500 miles) and was constructed over a period of 2,000 years to protect China from the invading Huns. During the Ming dynasty, between 1368 and 1644 A.D, additional watchtowers, battlements and cannons were added, some of which stand 980 meters above sea level. The mortar used to bind the stones of the wall is made from rice flour. During its construction, the Great Wall was called “the longest cemetery on earth” because so many people died building it. Reportedly, it cost the lives of more than one million people.
6. The Colosseum, Rome
The Colosseum, also known as the Flavian Amphitheatre, is based in Rome, Italy and is the largest amphitheatre ever built. Constructed in AD 72 and completed in AD 80, the Colosseum held up to 80,000 spectators and was used for gladiatorial events and public spectacles. An estimated 10,000 prisoners were used to build the colosseum as well as slaves that were forced to transport heavy stones from Tivoli, 20 miles away. Concrete was a recent invention when the Colosseum was built and the Romans were still learning how to use it and unaware of its strengths at the time. Although partially ruined because of damage caused by earthquakes and stone-robbers, the Colosseum is still an iconic symbol of Imperial Rome. The cost of the construction is unknown.
7. The Taj Mahal, India
Beginning in 1632, construction of the Taj Mahal took around 20 years to complete, finishing around 1653. The building, which was made from white marble from the quarries of Rajasthan, appears pink in the morning sun, white in the day and golden in the moonlight. 20,000 workers constructed the Taj and 28 different varieties of semi-precious stones were used on the exterior of the temple. The building is symmetrical in every way, and was built as a memorial to emperor Shah Jahan’s Wife, Mumtaz Mahal.
8. The Grand Canyon Skywalk, Arizona
Located 1,219 meters above the Colorado River, the Grand Canyon’s Sky Walk consists of one million pounds of steel and 83,000 pounds of glass and is strong enough to hold 71 fully loaded 747 airplanes. Completed in 2007  after 4 years of construction, the skywalk was the creation of Las Vegas businessman David Jin. The Skywalk was assembled on site, with the drilling alone taking over a year to complete. According to Hualapai officials, the cost of the Skywalk was £25 million.
9. The London Underground, United Kingdom
After 21 years of construction, the worlds first underground railway, the London underground, opened in 1863 using gas-lit wooden carriages hauled by steam locomotives. Part of the underground was built on a huge plague pit were around 1,000 bodies were buried. The network is currently 402 KM long and is constantly being developed to grow to new parts of London and 1 billion journeys are made each year. The first escalator was installed in 1911 and there are now 426 escalators on the London Underground system with the longest reaching 60 metres (200 ft).

Kansai International Airport was the first airport to be built on an artificial island. Osaka is one of Japan’s most populated and crowded cities, so engineers came up with the idea to build the airport on water. The island measures four kilometers (2.5 miles) by 2.5 kilometers (1.6 miles)  and took three years to build. 10,000 workers and 80 ships were used to excavate 3 mountains for 21 million cubic meters of landfill making the island become the world’s most expensive civil engineering project, costing of £16 billion.