Health and safety for tradesmen

What to do when a Client Doesn’t Pay

The Top 10 Biggest Construction Achievements In The World

Where to go to buy a new or used van 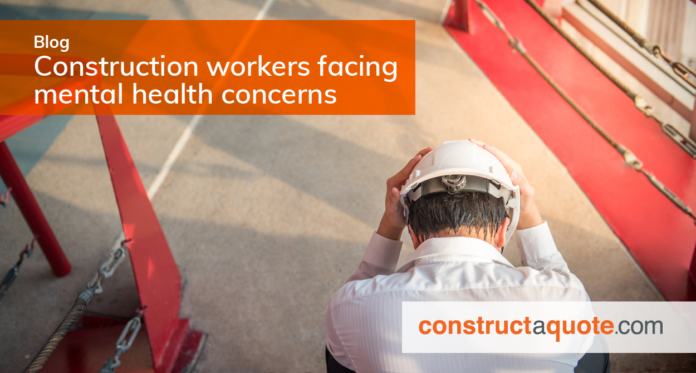 New research has found that as many as one-quarter of construction workers are considering leaving the industry during the next year due to poor mental health.

A survey conducted by Randstad, recruitment and HR specialists, revealed a shocking 23% of construction workers said they were thinking of exiting the industry, with the main reason being high levels of stress and finding difficulty striking a work/life balance.

The study found that 73% of workers felt their employers did not recognise the early signs of mental health problems with around two-thirds of participants claiming there are not enough outlets to discuss their mental health. 43% said that calling an anonymous helpline would be a great solution.

Additionally, around one-fifth of workers increased their alcohol and tobacco consumption to try and relieve high levels of stress.

Substantial sleep loss as a result of poor mental health affected 75% of female construction workers and 65% of male workers. A lack of sleep affects mood levels the next day and subsequently productivity levels. Productivity levels reduced by 43% in women and 38% in men.

However, these figures may not be entirely accurate due to the fact women tend to be more open and honest about their mental health than men.

Head of health and safety for construction at Mace, Martin Coyd, said:

“These three studies are very valuable and give us a clear picture of what it is like to work in the construction industry and the challenges we face. We need to understand and recognise what we’re all doing as an industry,” Mr. Coyd said. We’re doing good work, and we can make a huge difference with some small steps.”

Are you in the construction industry and suffering from mental health issues? Contact any of the following helplines for support:

Construction Industry Helpline 0345 605 1956 – managed and funded by the Lighthouse Construction Industry Charity
Mind, the mental health charity 0300 123 3393 – provides advice and support to anyone experiencing a mental health problem
The Samaritans 116 123 – confidential 24-hour support for people who are experiencing feelings of distress, despair or suicidal thoughts