How To Handle Negative Customer Reviews

Fintech: What Is It And Why Should My Business Use It?

What Are The Main Risks Associated With Running Your Own Business? 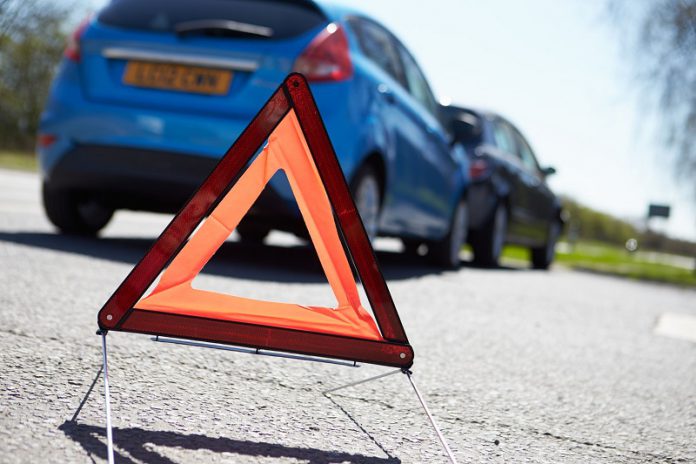 If you were injured in a traffic accident through no fault of your own, you would expect to have the option to file suit against the person who caused your injuries.

Whether they drove a truck, van, car, motorbike, or bus, you may feel that it was your right to be compensated for loss of work resulting both from the pain of injury as well as emotional trauma.

Many people who experience personal injury in one way or another are plagued by anxiety or depression for some time even after when bones have knit or bruises have faded. For a long time this has been how the legal system worked, but proposals laid out in 2015 to change this system are in the works and consumers and legal agencies are up in arms.

The Government is hoping to save a whopping £1billion a year if the proposals go through; but what does that mean for you?

At this time, injured parties can expect to be paid by the insurance company of a negligent or dangerous driver if they experience injury’s resulting from “whiplash”  or more serious injury’s including a cracked skull or broken femur. Under new rules, if there are no broken bones, even when the injured person experiences serious emotional and physical pain, he will be unable to claim damages.

Although UK citizens won’t notice these changes in other areas of personal injury (workplace injury, for instance), adjustments are set to be made where road accidents are concerned.

Why Is This Happening?

In recent years, the UK legal system has seen a major increase in claims, especially personal injury claims, made by individuals who have suffered minor whiplash injuries and “emotional trauma.” This US trend has caught on in the UK and provides an easy way for convincing litigants to con the system; making false claims against exaggerated injuries.

Although the majority of claims are legitimate, those who defraud the system or claim more compensation than is reasonable have created a problem which insurance companies are paying for and so are their customers.

If these organisations are successful, it will be almost impossible for claimants to report “emotional trauma” or even some forms of physical pain as grounds for insurance pay-outs. Solicitors will be loath to take these cases which are generally paid on a “no-win, no-fee” basis.

According to the current legal definition of “personal injury,” one can make a claim based on physical or emotional distress. If you were involved in an accident and unhurt but the person next to you was seriously injured, as a witness you would be expected to suffer your own form of “pain” including recurring nightmares and, potentially, post-traumatic stress disorder. These problems can go on for some time resulting in loss of work for several weeks, months, or even unemployment. Such injuries can lead to the need for expensive counselling not covered by many insurance plans. Whole families suffer, not just the person injured during an event.

If proposed legislation goes through, this definition of personal injury will be changed, at least where vehicular accidents are concerned.

How Will This Affect Insurance Costs?

Victims of traffic accidents who do not suffer broken bones, haemorrhage, and other serious injuries will have to make claims against their own insurance policies and will be unable to seek a pay out from the person who caused the injury. This new system will cause their premiums to rise but will leave premiums of responsible parties unaffected.

In other words, victims are denied compensation and could end up paying more in the end.

Will There Be Legal Recourse?

Victims can turn to legal agencies to seek help for their cases, but these organisations will also be hit hard by new legislation. Since it will be almost impossible to prove that damages were caused without visual evidence such as medical records describing surgery or the need to set bones or even photographs of injuries, solicitors will be less likely to take cases.

Essentially, even solicitors have to make a living and there’s no sense pursuing a case that is going nowhere.

How Will This Legislation Affect the World’s View of Personal Injury?

Is the United Kingdom setting a trend which the world will follow? Our insurance companies are making a statement, certainly: do not try to pull one over on British insurance firms. They won’t be duped and this is not the United States. On the other hand, legislation has not yet been passed. There is a chance it won’t be, either, if public outcry is loud enough.

Furthermore, if the government does pass some kind of bill, they might mitigate the severity of this move by leaving some opportunity to press claims against dangerous, drunk, or negligent drivers in certain circumstances. It’s inconceivable that all cases of personal injury causing emotional damage in the instance of a traffic accident will be overturned: our legal system is more sophisticated and empathetic than that.

How Can Consumers Prevent the Legislation from Going Through?

Legal bodies are already on the case, encouraging the public to sign a petition against passing this change in the law. If 100,000 or more legitimate signatures are collected, this proposed change could be prevented or held up for further discussion and amendment. Solicitors’ offices are promoting the petition as they will lose out if the bill is passed, not just their would-be clients. They can also direct consumers to organisations which can help them if they feel the legal system has let them down such as Access to Justice Action Group and The Law Society.

Whether the bill is passed or not, simply proposing this change will give us Brit’s food for thought and deep discussion. The system is flawed; there’s no doubt about it. People can and often do defraud that system to obtain money unlawfully, thereby hurting the people who need that system to work for them. Therefore, insurance costs have gone up for customers and insurance agencies.

The answer is not a simple one, but if enough people protest this possible adjustment to the way things work today, they can prevent financial loss tomorrow; a loss they won’t see coming until it’s too late.