Do you spend your working day on the road?

constructaquote.com to the rescue after recent floods 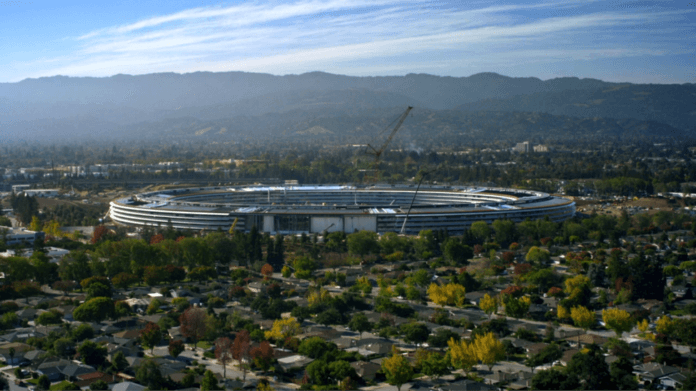 Construction of Apple Park, the new spaceship-like headquarters of computer and mobile device manufacturing giant Apple, has come a long way since being approved in 2013.

A new video from aerial videographer Matthew Roberts shows how the main campus and its surrounding buildings have transformed in the 12 months since May 2016.

Set to become base to more than 12,000 employees when fully completed, the 175-acre California campus, is being constructed by DPR Construction and Skanska.

The main building has gone from a circular skeleton to something now boasting a sleek roof made of solar panels set to power up to 75% of energy needs, while the new R&D facility has seen even more progression – shifting from an empty shell to an impressive glass-fronted office space.

That isn’t all, though. Roberts also puts the spotlight on other areas of the campus including the mammoth car park, fitness centre and the Steve Jobs Theater, as well as a glance at the tunnel system weaving underground.

Employees have started to move in to Apple Park, though the full transfer from the company’s current Apple Campus headquarters will take months as work on its new home continues throughout the summer.