8 Apps And Software Platforms For Startups and SME’s

What does professional indemnity cover?

The Insurance Cover You Should Consider As A Painter And Decorator

Why A Digital Presence Is Essential For Your Consultancy’s Success 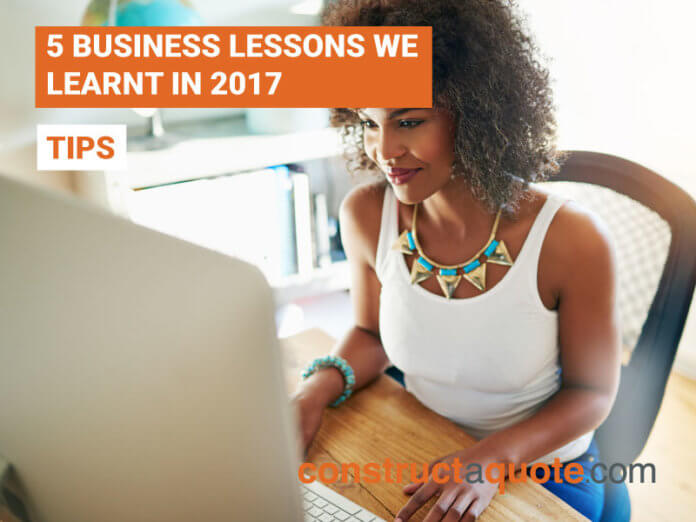 2017 has been a hell of a year. It was the year the Brexit negotiations began. It was the year that Donald Trump broke all of the rules about what the President of the United States can and cannot say. It was the year women announced officially that they’d had enough of powerful men taking advantage of them and waged a war. And it was a year of great inventions.

It’s been an incredible year of lessons for the working folk of Britain. Here is our summary of the best business lessons we learned in 2017…

Before the Brexit vote, we were warned that leaving the European Union would have catastrophic consequences for the UK economy and for UK business. These warnings have continued throughout 2017.

We apparently are no longer willing to listen to warnings from experts about the impact of our decisions on business.  Despite their insistence that Brexit would mean the loss of jobs, the announcement in December 2017 that 10,500 people are set to become unemployed as a direct result of Brexit in London alone has caused shock and outrage.

Whether you voted to leave or to remain, there is no denying that we were warned; most of us just chose not to listen.

Girl power has been reignited. Women are tired; they have made this abundantly clear this year. They’re sick of being paid less than men in the workplace for the exact same role, and they’re sick of their primary qualities of note being how pretty they are.

Back in October an actress made allegations that Hollywood bigwig Harvey Weinstein had sexually assaulted her and it subsequently started a whole wave of accusations against some of the wealthiest, most powerful men in show business.

Then women from all over the world in all industries and of all abilities came out using the hashtag #MeToo to highlight the issues they were facing every day while they try to go about their daily business. Women of 2017 have been a force to be reckoned with

3. The hackers are still after your data

Not so long ago hackers were lone-wolf nerdy types who hacked into systems just to prove that they could, but hacking has taken a sinister twist in the last decade or so. It’s a big business now.

In 2017 alone, there were data breach announcements at Gmail, Yahoo, eBay, and Uber.  Uber even paid hackers $100,000 to keep the data breach a secret when they first discovered it in late 2016 – well aware of the reputation implications of admitting that someone had managed to break into their systems and steal data.

These are four of the biggest companies in the world. If they can’t keep our data safe, can anyone? Hackers are after your IP address, email addresses, login details and personal information they can get on you.

4. Robots are only just beginning

There are robots everywhere. Though they’ve been around for a while, 2017 was the year that scientists seemed to crack the algorithm that means robots can now develop thoughts. They can make their own decisions now based on a number of stimuli.

Robots have been built to help us with a wide variety of things, from menial tasks to combatting loneliness.  Humans have long pondered what would happen if we could create robots like the ones we’ve made in 2017. In most movie-based scenarios the conclusion has been the destruction of the human race, but we’ll overlook that now and hope for the best.

5. There’s hell of a lot more to come

A Commissioner of the US patent office called Charles H. Duell was quoted in 1899 as saying “everything that can be invented has been invented.” Oh if only he had known. This year alone, clever humans have invented Jibo the personal assistant robot, glasses that give sight to the blind, mugs that heat your coffee and a vehicle that can probe the surface of Mars.  If only we could go back in time and tell Charles H. Duell how wrong he was.

Perhaps once someone has invented that time machine.

What’s been a big business lesson for you in 2017? Leave a comment below…