A Guide To Electrical Testing For Landlords

6 Top Brands All Tradesmen Should Recognise

Live-in landlords: The pros and cons of living with a lodger

Home Blogs The Top 5 Most Controversial Constructions In The World 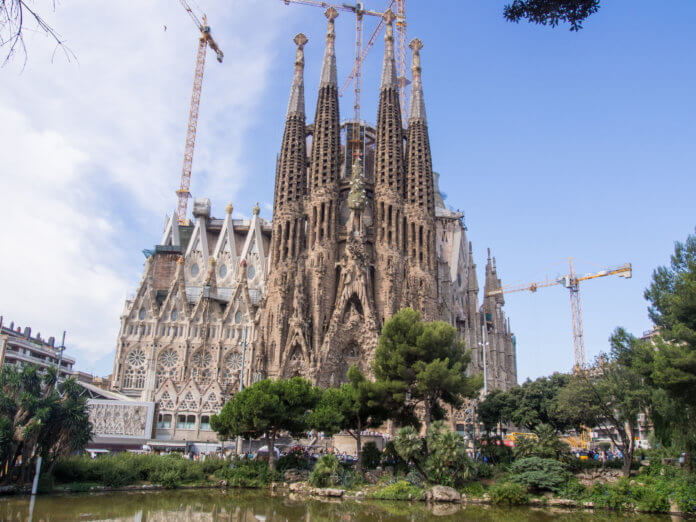 Around the world, new mega-buildings and super-structures are being constructed on a regular basis. Whilst most modern creations are admired by the public and considered ‘art’, as architects become more and more daring with their designs,  not all creations have received the same admiration.

This 27-storey tower is built next to the Golibar slum in Mumbai, India, and is home to just one family.  In 2013 it was listed as the world’s most expensive private residence, costing around £800 million. Owned by the fifth richest man in the world, Mukesh Ambani, each floor of the home features a theme-specific set of rare, opulent materials sourced from around the world and selected by Mrs. Ambani.

The building has naturally received widespread disapproval from locals in the area who feel the tower is insensitive to the surrounding slum areas. With a six-storey parking garage, nine private elevators, and 400,000 square feet of single family residential space, ‘insensitive’ seems like an understatement.

The Scottish Parliament Building has been subject to mass criticism for numerous reasons. It cost £414.4m (the initial budget was £55m) and approximately 2000 design changes were made during its six-year build. Since its completion in 2004, taxpayers have shelled out £11 million for maintenance costs causing architect experts to claim it would be cheaper to demolish the building and build it at a later date. The building was recently featured 29th on the Telegraph’s list of the world’s 30 ugliest buildings.

Situated at 20 Fenchurch St London, this building’s nickname ‘Walkie Talkie’ is due to its obvious walkie talkie resemblance. The first London building by New York-based Uruguayan architect Rafael Viñoly has caused quite the controversy in the surrounding area. The sunlight reflecting off the building’s windows to this day still scorches street-level objects and there have been reports that its curved facade is channelling gusts of wind strong enough to knock people over. Apparently, even the architect, regrets building it.

133 years after construction began, Barcelona’s Sagrada Famillia is the world’s longest running construction project. A large roman catholic church, the Sagrada Famillia was designed by Spanish arhictech Antoni Gaudi and started in 1882. However, due to the Gaudi’s death and the loss of his designs during the Spanish Civil War,  the church is still yet to be completed. It is now funded entirely by private donations, amounting to approximately €25 million (£22,000,000) each year, with an intended completion date of 2026. When asked why the construction took so long, Gaudi replied: “My client is in no hurry” – believing God had all the time in the world.

Designed by Danish architect Jorn Utzon, the Sydney Opera House is a word-class music venue attracting 1.2 million visitors a year. Although construction started in 1959, the venue did not open until 1973. The building caused much controversy due to its additional costs and the complexities around the design specifics. The now-famous roof featured precast concrete panels referred to as “shells,” covered by ceramic tiles. But as Utzon had not specified the precise shape, the suggested methods for casting them proved problematic. The project also took 10 years longer than it was originally promised.  Utzon resigned from the project in 1966 after the government failed to provide adequate funding to pay his staff sparking national controversy over the budget required to build it and construction concerns over how long it was taking.