Infographic: 10 Reasons To Be Self-Employed

UK start-ups soar, but only 4 in 10 small businesses have insurance 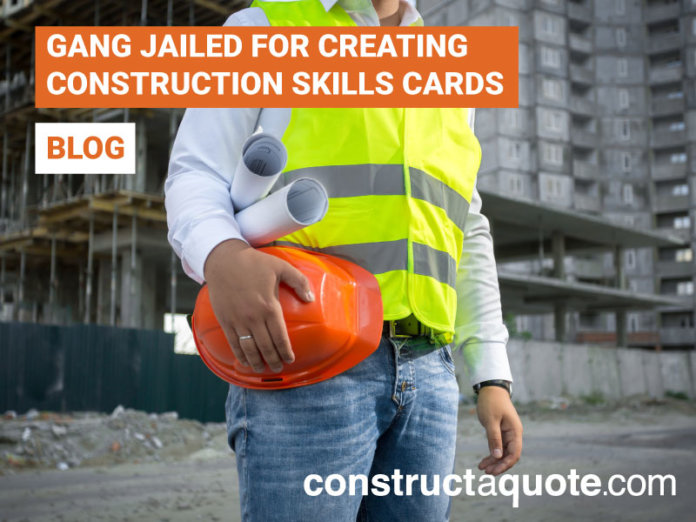 A U.K based gang has been jailed for over 16 years for supplying illegal immigrants with fake Construction Skills Certification Cards and other ID work documents.

Construction Skills Certification Scheme Cards (CSCS) provide proof that individuals working on construction sites have the required training and qualifications for the type of work they carry out.

Although the cards are not compulsory, many construction companies employ new workers based on whether they hold a CSCS card as a way of determining the level of skill and experience the worker has.

Workers with fake cards that have not undergone the correct training pose a high health and safety risk to construction companies.

The England based criminals were found to be selling CSCS cards for £200 and counterfeit British passports for £900 until an operation conducted by the Immigration Enforcement’s Criminal and Financial Team exposed the gang.

During their investigation, officers discovered a wide-scale distribution of CSCS cards, passports, British residence schemes and other work-related permits throughout the U.K.

The men responsible for running the gang are Steven Kanaventi, 39, of Mulliner Street, Coventry, and Alfred Adekoya, 47, of Kingslake Street, London. Additional members were also located in Nottingham and Redditch.

CFI Inspector Ben Thomas said: “Steven Kanaventi was a particularly brazen operator, to the extent that his social media alias – Chris Namatchanga – was a clear play on words of ‘name changer’.”

Kanaventi was a crucial part of the whole operation and carried out everything from setting prices, placing orders with his forger Ariyo, and was even caught on CCTV posting orders out to customers.

Two weeks after their hearing, Adekoya and Steven Kanaventi pleaded guilty to conspiracy to manufacture fake documents and were both sentenced to 3 years, 4 months and two weeks at Woolwich Crown Court in London.

Ariyo admitted conspiracy to manufacture a fake document and money laundering and was sentenced to 3 years. Ariyos’ bank account contained £135,000 of cash which will now be confiscated by the CFI under the Proceeds of Crime Act.

Paul Kanaventi admitted money laundering and was sentenced to 9 months.

Nkanta and Majawa both admitted to possessing fake ID documents with improper intention and were sentenced to 1 year 4 months (Nkanta) and 6months (Majawa).

What Are Some Key Qualifications Needed For A Role In Construction?