Quote to Joy | Feefo Reviews and Testimonials for constructaquote.com

What does 2018 mean for tradesmen?

A new survey has shown that a decline in profits for Britain’s service sector is due to rising costs and weak sales.

Signalling a lack of confidence and business optimism, the pessimistic tone of the report contrasts with fairly strong official economic data which showed steady growth and business investment more than three months after the EU vote took place.

According to the Confederation of British Industry (CBI), the companies who took part in the survey still had plans to hire and invest, particularly in IT – but this did not detract from fears that future growth could potentially hold them back.

CBI chief economist Rain Newton-Smith stated: “Optimism among firms in the UK service sector has fallen … as rising costs and sluggish volumes of business have led to a drop in profitability,”

So what does this means for the service industry?

If you’re in the consumer service industry you can rest easy as companies including hotels, bars, restaurants, travel and leisure saw modest business growth. 30% reported a rise in consumer spending and the expectation is this will continue with even swifter growth over the next three months.

However, the situation is very different for accountants and solicitors as business volumes appear to be stagnating with minimum growth; they’re even expected to decline further.

With businesses and economists warning that the effect of the sterling’s sharp fall against the dollar post-referendum may lead to higher prices in 2017, the decline could continue alongside consumers’ spare income and Britain’s economic growth.

“Business and professional services expect to see weaker growth in volumes next quarter while the resilience of the British shopper is boosting the outlook for consumer services.

“The Autumn Statement will have offered some comfort to businesses as the Government looks to build on the UK’s economic strengths, with an Industrial Strategy that helps deliver growth across the country.” 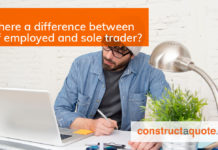 Is There A Difference Between Self Employed and Sole Trader?