GDPR: A guide for self-employed tradespeople

A landlords’ guide to building regulations 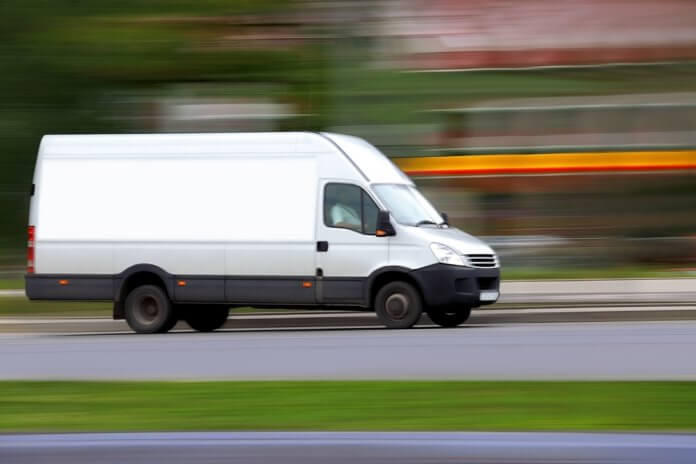 If you’re considering buying a van for your small business, the good news is there’s lots of choice available. However, with so many different types of work van on offer, it can be difficult to decide which vehicle would be the best investment.

You should consider the size, price, load capacity and additional features you’ll need before making a van purchase to ensure your vehicle will satisfy your company’s daily requirements. You should also decide whether to invest in a new van or purchase a used commercial vehicle.

To make your choice just that little bit easier, we’ve used official sales figures from the Society of Motor Manufacture and Traders to find out the UK’s top ten best-selling vans so far in 2017. Here’s which vans other business owners like you have purchased to boost their business…

The best-selling van of both 2016 and the first half of 2017, the Ford Transit Custom could also be the ideal medium sized van for your business. It’s easy to see why it’s so popular too- it’s practical, affordable to run and it has plenty of load space for your materials. It even has hands-free technology so you can make business calls on the go!

The second most popular vehicle of 2017 is another Ford van, with more than 8,000 Ford Transit vehicles already sold this year. A larger model than the number one selling Ford Transit Custom, it’s the perfect choice if you need a particularly large load capacity for your trade. It’s also known for being a reliable van that offers an easy drive and overall, is a great all-rounder.

Coming in at number three, the Volkswagen T6 Transporter was the winner of the Autoexpress.co.uk Van of the Year in 2016. Its features include impressive safety systems, good fuel economy and a touchscreen display with Bluetooth as standard. New Transporter vans also come with a three-year warranty to protect your investment.

At number four, the Vauxhall Vivaro can be praised for its interior comfort, smooth drive and large cargo capacity. As a result, this van is particularly well-suited to those regularly driving long distances in the course of their business.

The Mercedes-Benz Sprinter is undoubtedly a popular vehicle, being a regular winner of the Fleet Van of the Year award and a top seller in 2017. It offers its driver a comfortable driving experience, with safety and security a clear priority. It is however more expensive than many other similar large vans so if price is an issue for you, you may want to consider other vehicle options.

One of the leading choices for tradesmen looking for a smaller, more compact van, the Ford Transit Connect remains as popular as ever. It’s reliable, affordable and an easy drive so it should definitely make your short list if you require a smaller vehicle.

Renault’s Trafic is a well-known alternative to the best-selling Ford Transit due to its large load capacity, economical 1.6 litre diesel engine and notable safety features. However, its higher price points may be the reason it’s lower down in the best-selling list than its Ford rival.

The Peugeot Boxer is another large van you could consider for your business. Its benefits include a big payload, a large load area and a vehicle that’s generally good value for money. Despite this, if you’re an inexperienced van driver, you may want to look elsewhere as reviews have noted it’s not the easiest to drive.

If a pick-up truck is more your style, you should give the Nissan Nivara a test drive for your business. It includes a powerful engine, several driving modes for off-roading and an impressive five-year manufacturer warranty as standard if you’re purchasing a new vehicle. If you need a tough, robust business vehicle, this could tick all the boxes.

The last van to make it into 2017’s top ten is the Peugeot Partner. A small van with a large cargo capacity and a powerful engine for its size, over 4,000 of these vehicles have been sold during the first half of 2017. Peugeot’s offering would be a great fit for business owners in need of a small, smart and reliable vehicle.

Overall, there’s lots of choice out there if you’re interested in purchasing a van for your small business in 2017. If you’ve decided a second-hand vehicle would be the best investment to minimise your costs, have a read of our guide on how to buy a used van.