What is professional indemnity insurance? | made easy

Home Blogs Will Work For Food 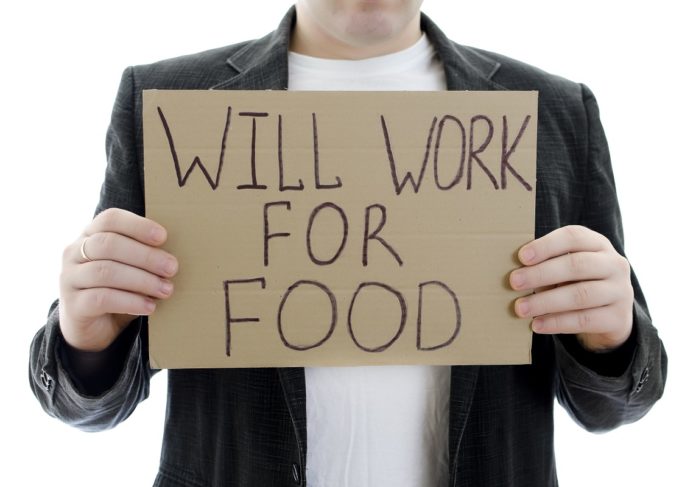 The government has boasted about its meagre increase in the national minimum wage but what good is it when it means many workers still have to live below the breadline?

Though a step in the right direction; the recent increase in the NMW is a subdued victory for British workers as even those who are currently earning a little over the NMW are still failing to earn a living wage.

There are currently more than five million people in Britain who are considered to be low paid. Low pay is defined as any worker earning less than £7.71 per hour therefore the recent increase to £6.50 per hour isn’t likely to mean that Briton’s are earning a fair wage.

Inflation has taken its toll on British workers and even after their recent pay rise, the future still looks bleak. Earlier this year, Ed Miliband said: “This gets at a terrible scandal in this country of five million in low-paid work unable to make ends meet. We have got to tackle it and I just don’t think we can carry on as we are.”

Economic growth has returned but the wealth hasn’t been distributed to ensure that British workers earn enough to at least meet the breadline figure.

A letter sent by business chiefs last month calling for the minimum wage to rise stated: “Now, as the economy recovers, we believe the minimum wage should rise faster than it has in the recent past.

“A stronger minimum wage will benefit businesses, improving public finances, and help tackle low pay. The economy is growing again. But we must ensure that all employees are benefiting from the recovery – especially the lowest paid in society who find it hardest to make ends meet.”

The living wage isn’t a scheme that’s legally enforced by the government unlike the NMW. It’s the idea that workers need to make a certain amount in order to lead a decent life. The living wage is calculated based on demographic and circumstance.

Earlier this year there were hopes that George Osborne would back the still-lower-than-acceptable £7 hourly rate. The agreed increase to £6.50 is therefore an underachievement for the British government and also a big disappointment for British workers.

How much would you consider to be your living wage? Let us know in the comments section below.